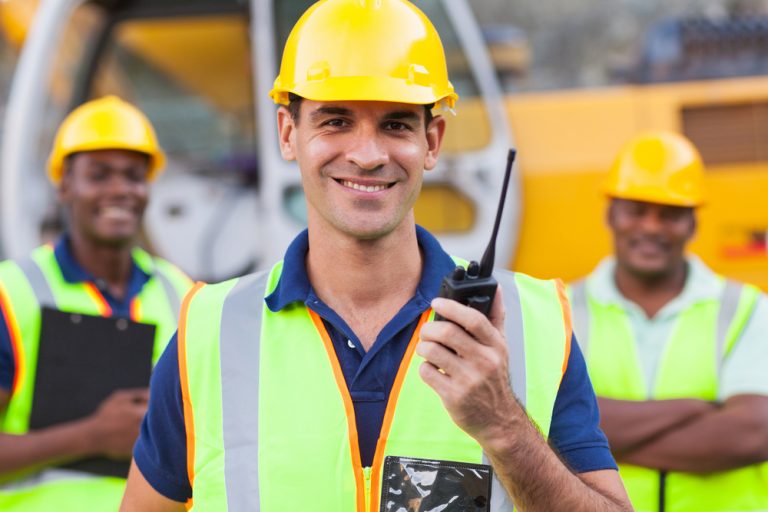 Neil - The start of a career in construction

Neil was seeking a role that involved manual labour. Struggling financially, he was keen to find meaningful employment. Neil was referred to the Construction Traffic Management programme from his local Job Centre, and it changed his life.

Read Neil’s full story below and find out more about the programme.

Neil Simons applied for the Weston-super-Mare programme, having being referred by his local Jobcentre Plus. When he applied, Neil was not in paid employment and was in receipt of Universal Credit. His situation meant that he was struggling financially and was eager to learn new skills which would allow him to develop professionally and to gain meaningful employment.

At the start of the course, Neil did not have have any experience of traffic management and limited experience of health and safety in construction. Neil wanted to learn some more industry-specific training and qualification in order to pursue a career in which he would be able to undertake manual labour. Neil found that he excelled in this kind of environment and was looking forwards to developing himself in this area.

Whilst on the programme, Neil developed his confidence in working as a team and was able to form positive, cohesive relationships with his classmates to complete all assigned work to a high standard. With these relationships, he was able to embed the skills taught into his continued drive towards finding employment.

On completion of the programme, Neil was offered the opportunity to meet with Paramount Personnel, a local Traffic Management agency. Neil had an interview with Paramount Personnel and using skills he developed during the employability session, was able to conduct a professional interview in which he presented himself as a highly employable individual. During the interview, Neil expressed his interest and excitement in the employment opportunities that would now be available to him with the qualifications he had achieved. Additionally, he discussed his willingless to relocate and particular interest in moving to Plymouth.

That weekend, Neil received a phone call from Paramount Personnel and was offered the opportunity to start work that Monday in Plymouth as a Traffic Management Operative. Additionally, Neil would be provided with a hotel, meals and a lift from a pick up point to get to work.

Neil is now working as Traffic Management Operative in Plymouth and is extremely happy with his new position. He is now feeling more confident in his abilities to learn new skills and apply them to obtain employment opportunities. Feedback from Paramount Personnel has been outstanding and they have continued to offer Neil ongoing work.

“It was great to see Neil progress so soon into employment and be able to put his new skills and qualifications into immediate use.“

Ixion, partnered with National Grid, have designed a programme which addresses the skills and labour  shortages in the South West of England. This region of the country has high levels of employment and therefore, there will often be numerous candidates who apply for one position, resulting in a more competitive labour market. This activity is funded through AEB and supported by National Grid.

To support the unemployed in this region Ixion, with their partners, have designed a programme which gives people the skills and qualifications to have better a better opportunity of securing employment. Programme participants undertake theoretical study and hands on practical training with experienced tutors to achieve experience and understanding within both construction and traffic management industries.

On completion, all learners are offered an interview with local employers and agencies, as well as being directed to the Hinkley Point C Jobs Service.

Any cookies that may not be particularly necessary for the website to function and is used specifically to collect user personal data via analytics, ads, other embedded contents are termed as non-necessary cookies. It is mandatory to procure user consent prior to running these cookies on your website.