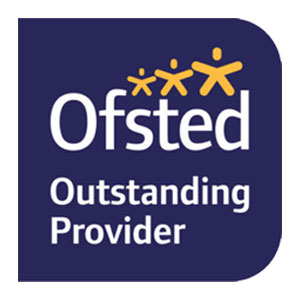 Anil joined us in February 2021 as fields claims officer for the Connecting Choices programme.

We caught up with Anil to discuss his impressive career span over the last 35 years from winning multiple awards and floating his joint business venture onto the FTSE AIM 100. 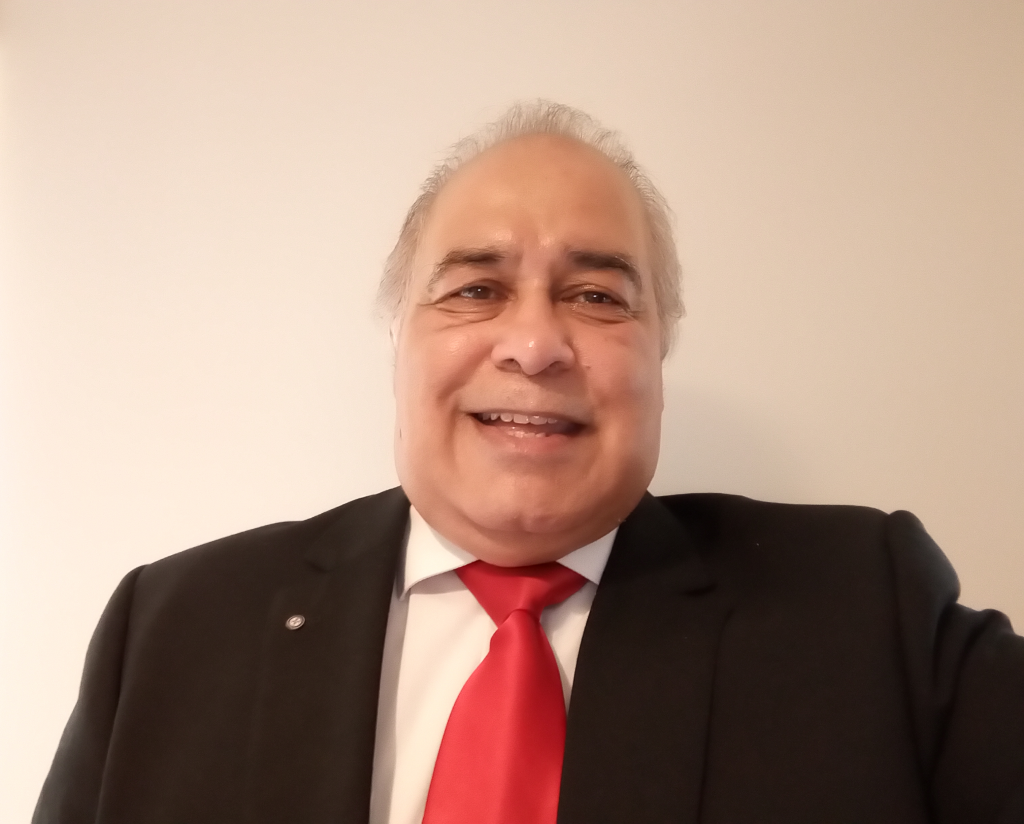 “Being part of the Shaw Trust group I value and share their vision.”

Tell us about your new role!

My role as fields claims officer is to check each claim which comes into Connecting Choices by our partner charities for monthly expenditure. I must check every claim individually to see if they have the evidence for each item and a signed proof by the person claiming including checking bank statements. There is a lot of investigation work!

What made you apply for the role at Connecting Choices?

The job role attracted me as it will allow me to use my past experience and knowledge of managing company finances to help others by joining the Connecting Choices programme.

Being part of the Shaw Trust group I value and share their vision.

Friends and family recommended Shaw Trust as they have previously worked for charity partners.

What were you doing before you joined the Connecting Choices team?

Before joining the Connecting Choices programme I worked on short term contracts for the past 10 years helping businesses to grow by creating business development marketing strategies including saving money on their lead generation activities. I started my career as an apprentice for a reprographics company and have been working as a marketing consultant for the last 35 years.

I setup my first reprographic business called Reproplan in 1987 with an ex-work colleague, we worked with businesses and advertising agencies by providing high quality pre-press and print solutions. The company spotted an opportunity at the beginning of the dot com bubble to branch out into web development due to the existing skill set within the team. We were one of the first companies to do website design when there was less than one million websites within the world. The company grew from 12 members of staff in 1989 to 60 by 1994 as the company doubled in size and grew quarter on quarter. Due to growth of the business and now being totally digitised we rebranded to Eplan. The company entered the Financial Mail on Sunday’s Enterprise 2000 awards and went on to win the fastest growing business in the UK awards. The business was floated onto the FTSE AIM 100 in 2001, we then sold the business to Media Square plc.

After selling the business I was approached by an old Eplan client who needed marketing support. This led to the launch of my next business called ‘Emidates’ in January 2003 which was a marketing agency. I grew the business and took ‘Emediates’ to the finals of the BCABA awards (Black Country Asian Business Association) for Asian owned business that had grown and developed to make a genuine difference to the West Midlands region. The business grew to 19 staff but unfortunately due to serious ill health in 2005 where I lost all my long and short term memory this devastated my family and business. Sadly, I tried to continue the business whilst recovering but had to cease trading back in 2010. As I continued to recover and my memory returned, I was back raring to go and entered the marketing arena once again.

What impact has Coronavirus had on you?

Unfortunately, due to COVID-19 the company I was working for prior to Shaw Trust had to cease trading and I lost my job.

Back in October 2020 my son caught COVID-19 as he works within the local hospital and unfortunately the virus spread to the household. The family had to self-isolate and started to display symptoms losing their taste and loss of smell. Luckily for myself I did not have any symptoms and my family have now fully recovered. I am now looking forward to receiving my first COVID-19 vaccination shortly!

What motivates and inspires you in your work?

Drive to be the best – I am a firm believer in making sure things are done right first time by pushing myself forwards to solve problems and helping people.

What are five words that describe your first week?

What do you like to do in your free time?

My passion is football and I have been supporting Wolves since I was 13 years old. I love going to watch my team play live and have been fortunate enough to go and see them home and away during the past 45 years. In my spare time I play Badminton and Squash with my wife and son and I also love to socialize with my friends and family. I regularly attend once a month to a Soul and Mowtown disco at my local Conservative Working Men’s club.

What would the name of your debut album be?

“Daydream believer” – I am a firm believer if you have a vision of where you want to be and work towards this by setting goals and never let them go out of your mind – you will achieve great things.

What is your favourite animal?

Cats – We used to have a family pet cat called ginger when I was growing up.

If we finished this call and you stepped outside and found a jackpot-winning lottery ticket, what would you do?

I would make sure all my children and family were given an equal share of the funds and then the remainder amount would be given to charity. 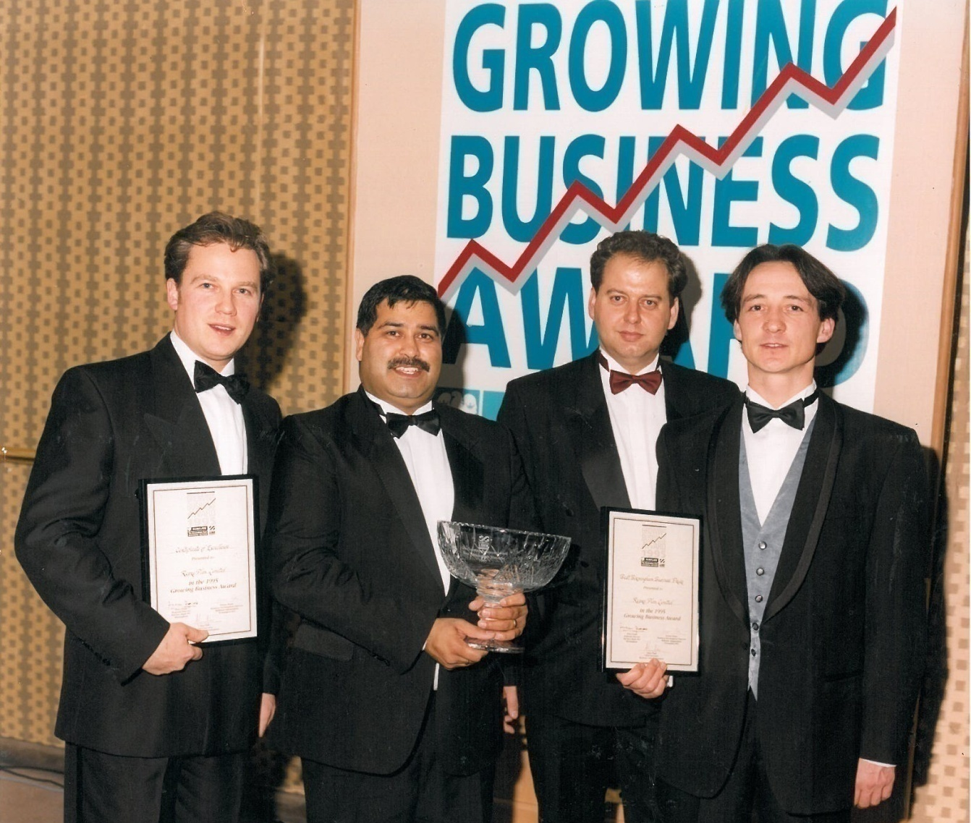 Anil collecting the Financial Mail on Sunday’s Enterprise 2000 award for fastest growing business in the UK. 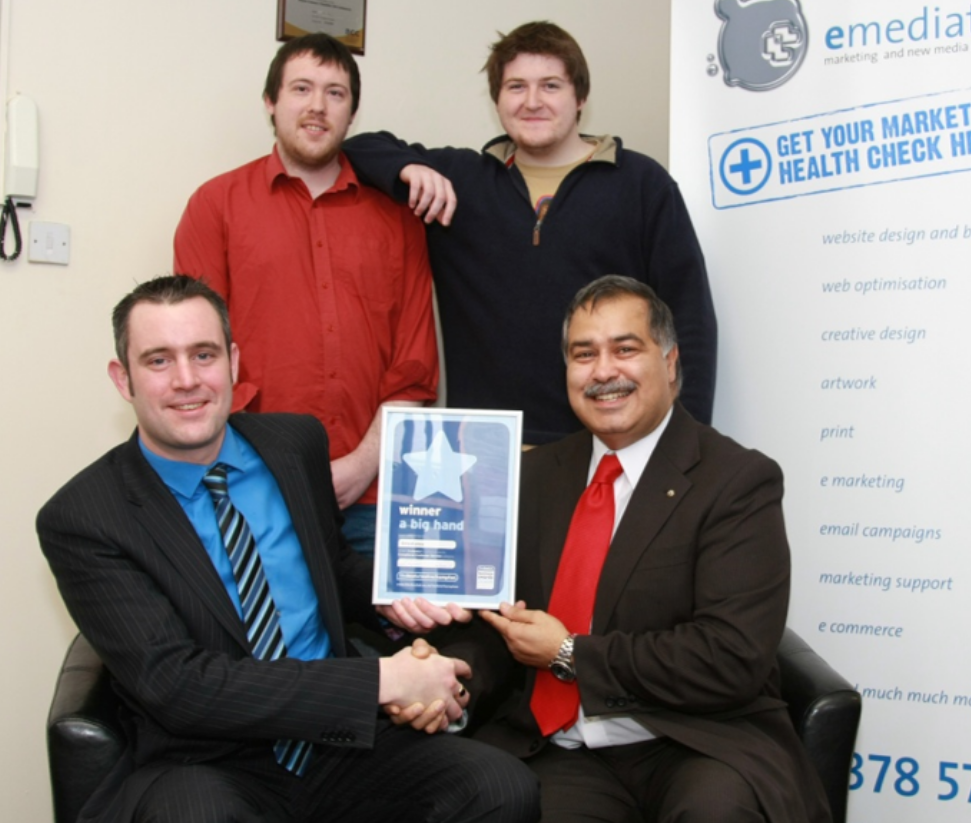